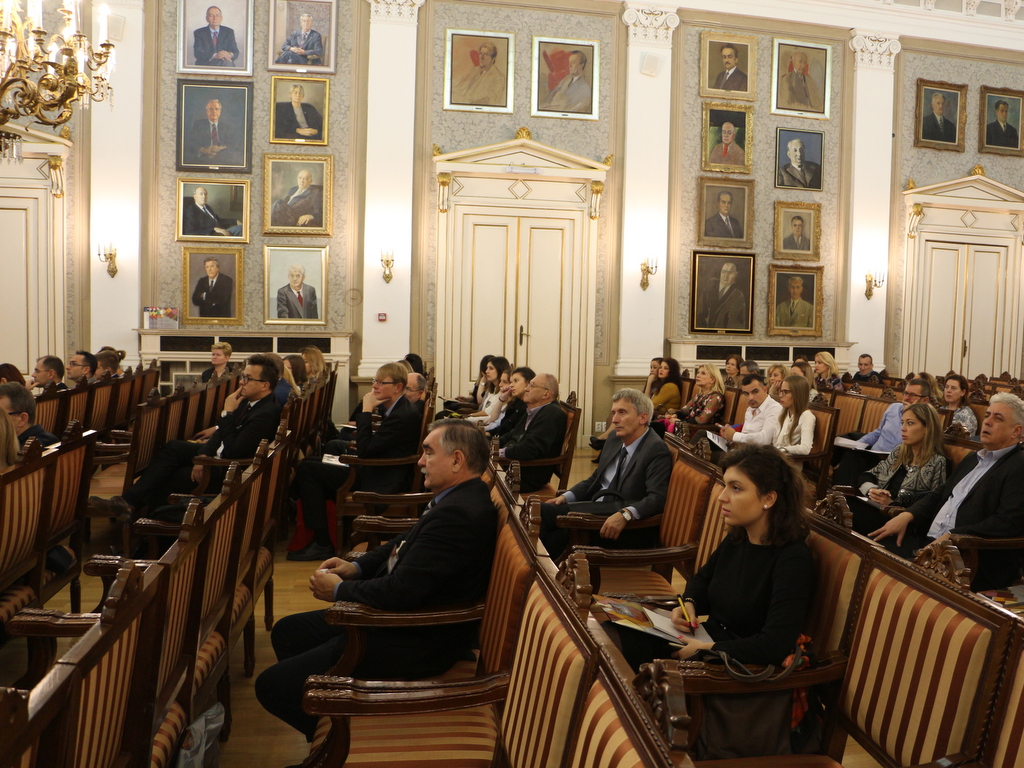 The 4th International Academic Conference on Human Security “Human Security and New Technologies”, organized by the Human Security Research Center and the Faculty of Security Studies (University of Belgrade), with the support of the Ministry of Education, Science and Technological Development of the Republic of Serbia and the OSCE Mission to the Republic of Serbia, was held on 2 and 3 November 2018 at the Rectorate of the University of Belgrade. The conference was attended by over sixty researchers and scholars from Serbia and abroad and a considerable number of guests.

The Conference was opened by:

Over the two-day conference, scholars, researchers and practitioners from twelve countries engaged in lively debates and exchanged their research findings, knowledge and experience of the nexus between human security and modern technology.

Two workshops for postgraduate students were held on the second day of the Conference: Data as People: Information, Rights, and the Future of Freedom, led by Nathaniel Raymond, and Use of Personal Protective Equipment in CBRN Training, presented by staff from the Vinča Institute of Nuclear Sciences.

For more details, visit the official website of the Conference: http://conference.human-security.info/