The Faculty of Security Studies of the University of Belgrade organized the third international conference dedicated to the New Silk Road, in the premises of the Club of Deputies in Belgrade entitled “Belt and Road: Serbia and Initiative 16+1 – experiences, achievements and perspectives”. This event was coorganised in cooperation with the Embassy of the People’s Republic of China in the Republic of Serbia and the academic community of the People’s Republic of China, on April 19.

This year’s conference was thematically dedicated to the experiences that the Republic of Serbia has achieved over the past six years since the establishment of the multilateral framework “16 + 1”. A special accent was placed on the investment aspects and the various benefits that our country has achieved through membership in this unique Initiative. In this regard, the dominant topic was the presentation of various forms of economic presence of Chinese companies in the domestic market, as well as planned investments and future infrastructure projects.

At the very beginning, the Dean of the Faculty of Security Studies Dr. Vladimir N. Cvetković addressed the participants and guests, pointing out the academic significance of such a conference, and addressed in a closer subject that this year’s meeting was dedicated to.

The next speaker, Her Excellency Ms. Chen Bo, the Ambassador Plenipotentiary and Extraordinary of the People’s Republic of China to the Republic of Serbia, addressed the meeting, and expressed optimism about further political and economic cooperation between the two countries.

At the very end of the official opening ceremony the Minister of Mining and Energy in the Government of the Republic of Serbia Mr. Aleksandar Antić addressed the participants. Mr. Antic said that the New Road Silk Project is the most important energy global project, and as such, represents a good development opportunity for the Republic of Serbia and the region of Central and Eastern Europe.

After the opening ceremony, the conference was held in four thematic panels. The first panel was dedicated to Serbia as a member of the 16 + 1 mechanism. Panelists were prof. Dr. Sju Gjen, prof. dr Milenko Dželetović, prof. Prof. Dr. Žarko Obradović, prof. Dr. Radoslav Pušić, as well as prof. Dr. Jiong Gong. The talks were dedicated to the bilateral relations of the Republic of Serbia and the People’s Republic of China, cultural diplomacy, as well as the challenges of further investments of Chinese companies in the Republic of Serbia. Panelists agreed that the participation of the Republic of Serbia in this initiative is a good example and an incentive for the countries of the region to more systematically approach the mutual cooperation in the construction of cross-border infrastructure projects.

The second panel was thematically oriented towards the 16 + 1 initiative, the current multilateral and bilateral relations, and the activities of the countries of Central and Eastern Europe with the People’s Republic of China. Panelists were prof. Dr. Matej Hrubec, prof. Dr. Andrej Radulescu, prof. Dr. Petar Stanojević, Ms. Matej Šimalčik and prof. Dr. Jao Jungsu. Panelists proposed several potential scenarios for mid-term development of the 16 + 1 Initiative and further forms of economic and, consequently, political deepened cooperation among the countries of Central and Eastern Europe.

In the third panel, speakers presented their works that contextualized the global vision of the Belt and Road initiative. The session of this panel was divided into two segments. The first segment` participants were prof. Dr. Hu Davei, prof. dr Vladimir N. Cvetković, doc. Dr. Julija Nikitina and prof. Dr. Siniša Tatalović. Panelists focused their attention on changes in the world order, the place of Serbia in relations with the great powers in the 21st century, and macroregional political flows in relations between the Russian Federation and the European Union towards the political initiatives of the People’s Republic of China. In the second segment of this panel participation was taken by prof. Dr. Magnus Ilmjarv, prof. Dr Monika Bartošević, prof. dr Minin Yevgeny Mihailovich, doc. Dr. Vladimir Eisenhamer and prof. Dr. Dušan Proroković. Panelists focused on subregional initiatives such as the idea of ​​intermarium, then the participation of Baltic countries in the 16 + 1 initiative, as well as the role of the Danube as a politically and economically cohesive element of cooperation between the countries of the region and the strategic thinking of the Chinese academic community on international relations.

Apart from the panellists, the work of the conference was attended by a large number of state officials of the Republic of Serbia, representatives of the diplomatic corps and the academic community, as well as professional public from the country and abroad. 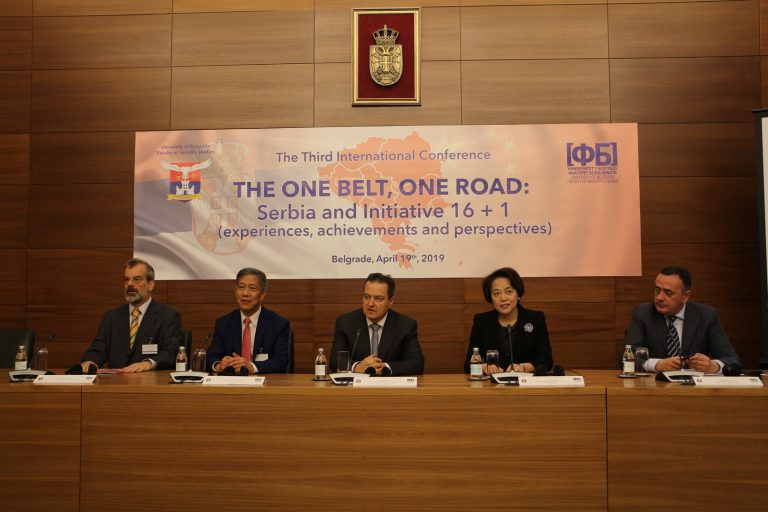 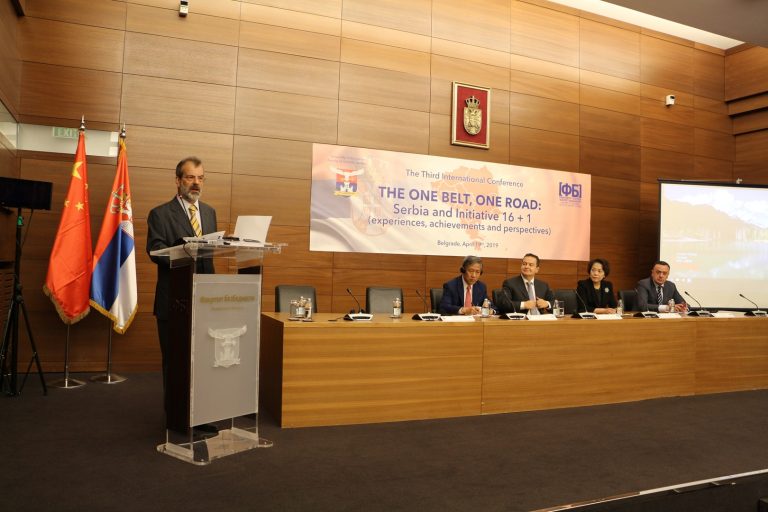 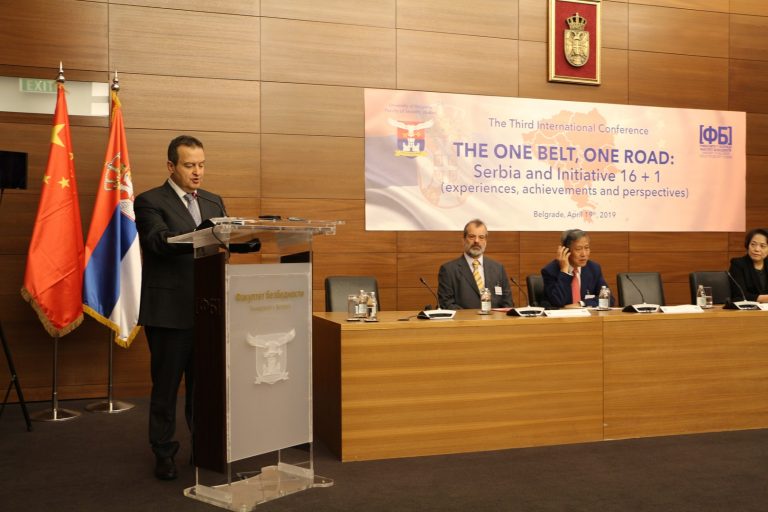 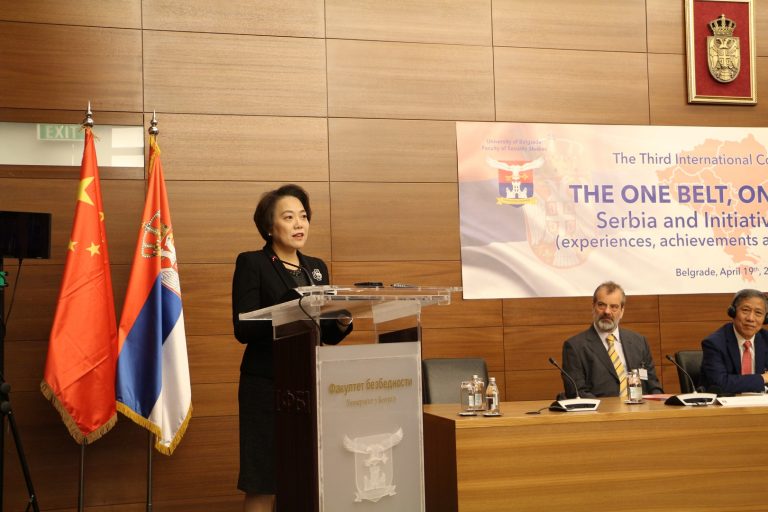 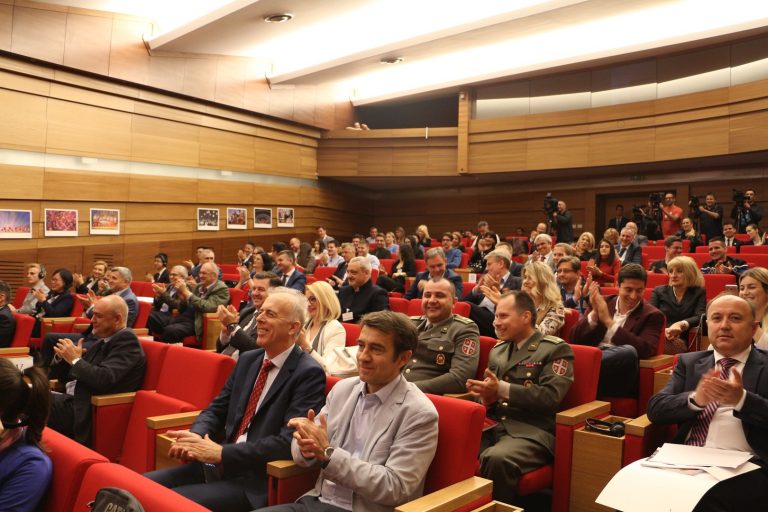 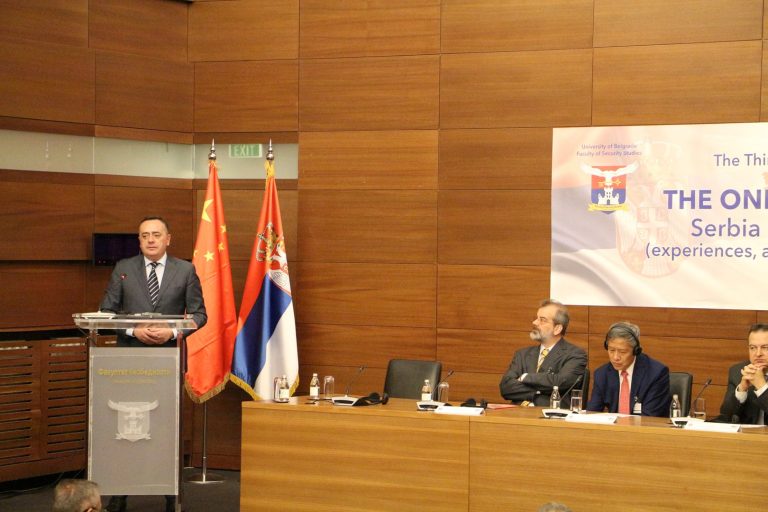 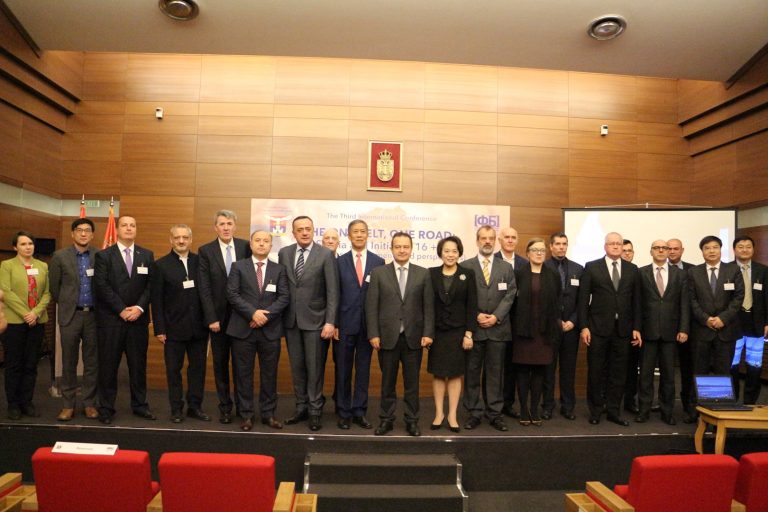 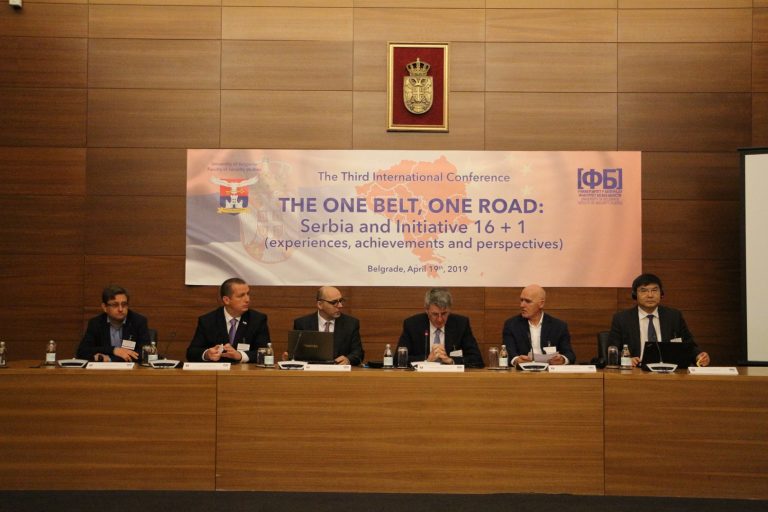 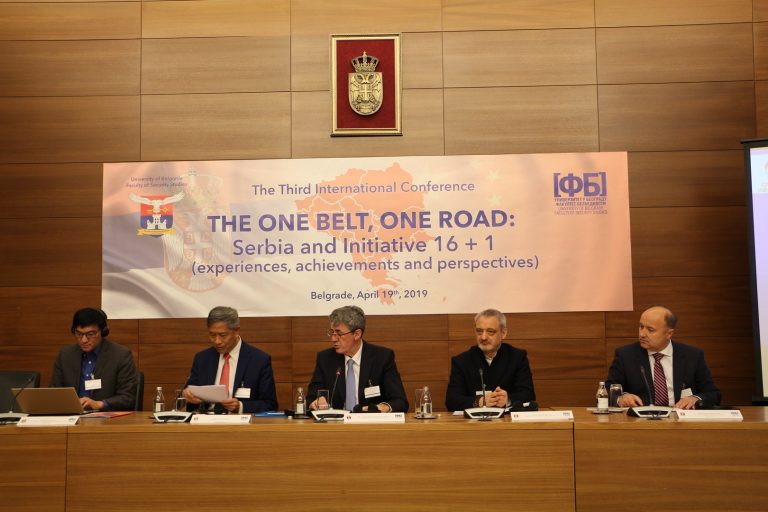 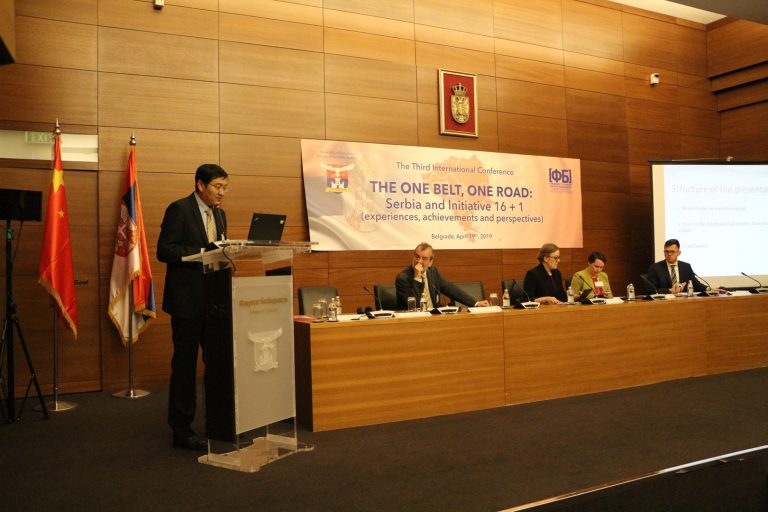 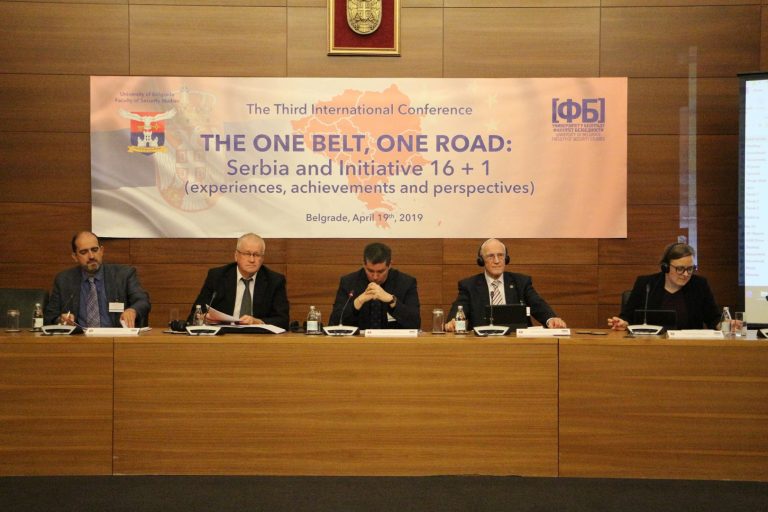 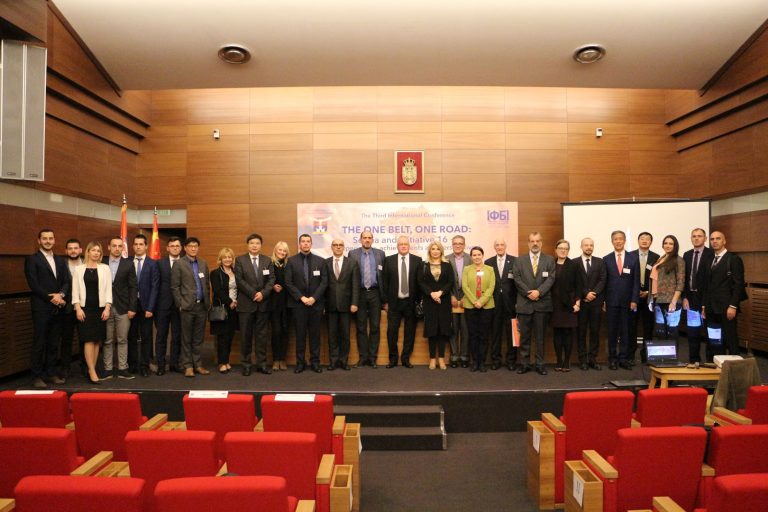 The work of the conference attracted the attention of the local media. Numerous domestic print and electronic media were reporting about the meeting, its conclusions, as well as the guest’s visits.

Faculty of Security Studies > Vesti-Eng > The Third International Conference – THE ONE BELT, ONE ROAD: Serbia and Initiative 16+1 (experiences, achievements and perspectives)